As our country, our cities, our businesses, and our friend circles have these incredibly important conversations about racism, I will be fully transparent: I’m scared.

I’m scared to say the wrong thing, post the wrong photo, share the wrong resource, or write the wrong words. I want to get it right—how I learn, talk about, and promote the important work being done to fight for racial equality and justice.

The stakes are so high, and I know I’ve yet to scratch the surface.

Fear, we know, is powerful. It can be paralyzing. If I let it, my fear of sounding insincere or foolish or not knowing the right hashtag could talk me into playing it safe and doing nothing at all. But I’m unwilling to let my fear make me complicit.

I’ve already made some painful mistakes along the way.

Last week, for example, before I knew there was an invitation for White people to stay muted on social media, I posted a photo of one book I’m reading to educate myself. It’s called Me and White Supremacy, and it’s written by Layla Saad, who is Black. I was quickly encouraged by a follower I don’t know to remove the post and instead let those who have experienced systemic racism do the talking for a while. By then, however, the post already had several positive comments, too—including from folks thankful for the recommendation. Also, would removing the post signal some sort of change of heart—or somehow suggest that I was no longer supportive of the Black Lives Matter movement? After much thought, I left the post up. I still don’t know whether that was the right decision.

The small bit of work I’ve done so far—reading articles and books by Black authors, talking with women of color, having hard conversations with my kids—has been a steady and compelling reminder that I have a responsibility to push through the fear, to make myself uncomfortable.

After all, I know that failure is one of the best ways to learn. And as artist Sir John reminded me, “It is a privilege to educate yourself about racism instead of experiencing it.”

So it’s safe to say that I will mess up again, no matter how hard I try. But the fear of doing so won’t stop me.

I’m going to keep doing my part, putting in the work.

Rooting for you to put in the work too. 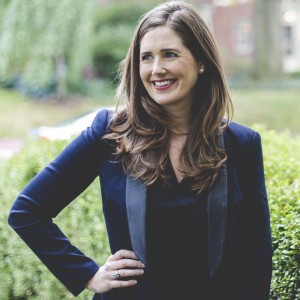 « It’s not about you: Strategies to stop taking things personally
‘She just let go’ »

Is your invisible load heavier now? Try these 3 strategies